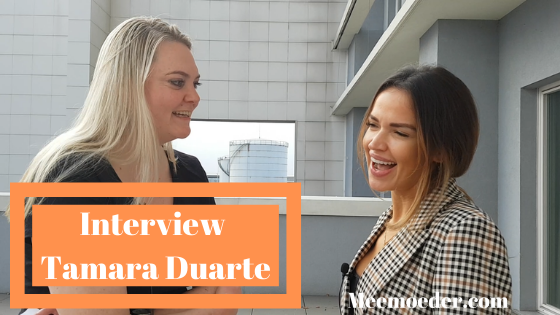 I was able to talk to Tamara Duarte for a few minutes at Shorty’s in Milan. Obviously, her role as Rosita in Wynonna Earp had us feeling all kinds of feelings. So, I dove into the response Earpers had to her character and a possible return of Rosita. Would she ever be invited to a WayHaught wedding? She also discusses her current project Departure. You can find the interview below.

Tamara Duarte about fans at Shorty’s

Me: “Thank you so much for joining me.”

Me: “What do people say most to you? What kind of feedback do you hear?”

Tamara: “Just lovely compliments. That I’m like, okay, any time I have a bad day, I should just have a recording in my pocket that I can listen back to. Everyone is so generous with their love, so it’s really good.”

Me: “That’s great. And how did people respond when you first joined the cast?”

Tamara: “I think people were pretty shaken up. They were like, who is this person? Yeah, who could she be? Everyone had their theories.

And I didn’t even know who I was. When I did my first episode, I didn’t know if I was just a regular human being or if I was a Revenant. Well, I did know I wasn’t just human because Rosita and Doc had a past relationship.

So, I was just trying to figure out what it was, but I didn’t know until I read that episode that I was a Revenant. I think the fans… Emily just threw a curveball, which was nice.”

Kissing one half of a very popular couple

Me: “Did the response change when you kissed one half of a very popular couple?”

Tamara: “Yes. Yes, of course. But I mean, I think it’s good to have a little bit of change in a series. It makes it interesting. Yeah, and I think it kind of emulates real life in a sense that… You know, when people are finding their way. They’re like: do I like this person? Do I not? No, this was a mistake? I think it’s a very human thing to do, and I think people can relate to that.”

Will Rosita come back to Purgatory?

Me: “You already talked a bit about it in the panel yesterday, but I really would like to have Rosita come back. I know you can’t say anything about it. The thing that I would like to see the most is the first meeting with Nicole. How do you think that would go?”

Me: “In some weird way, do you think did Rosita can redeem herself to such an extent that she will get invited to a possible WayHaught wedding?”

Me: “Would you like to answer a fan question?”

Me: “It is: if you could play any real-life figure in a biopic, who would you pick and why?”

Tamara: “Sofia Loren. I love how iconic and classy and talented she was, and bold. She’s like a bold woman for her time, so definitely Sophia Loren.”

Me: “Do you have any new projects that you can talk about?”

Tamara: “Yeah, I have Departure, which has already aired in the UK. It’s a UK-Canadian co-pro. So, I will be doing that; I have done that. It’s coming out January in Canada. And in London, it has already aired, so I’m really excited about it.

It stars Christopher Plummer and Archie Panjabi from The Good Wife. Lost Girl fans probably know Kris Holden-Ried. So, we had a hoot on set; it was lots of fun.

It is about a plane that kind of disappears in the middle of the Atlantic Ocean. The TSIB, which is the transportation board, investigates crashes, and what happened. And I play a scientist once again. A marine meteorologist.

So that’s going to be fun for everyone to see. Yeah, that’s what I have coming up, and possibly Wynonna.”

Read about Shorty’s Saturday here and Shorty’s Sunday here. You can find all the posts on Shorty’s here and all my LGBT+ movie reviews here.