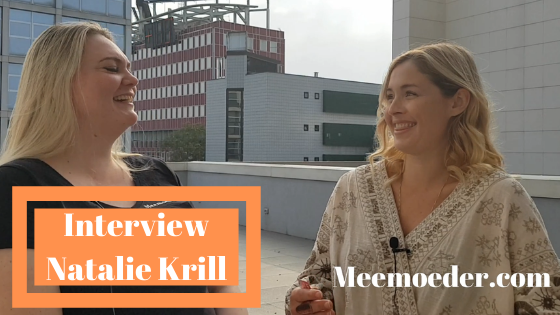 I was able to talk to Natalie Krill for a few minutes at Shorty’s in Milan. Obviously, her role of Willa in Wynonna Earp had us feeling of kinds of feelings. A role people talk less about is Jasmine in Below Her Mouth. Even I felt some hesitation to go there. But I did, and here’s the result!

Me: “Thank you so much for coming to talk to me. I really appreciate it. How is Shorty’s going so far?”

Natalie: “Yeah, the second one, yeah.”

Me: “So, you feel overwhelmed?”

Natalie: “It’s not as overwhelming as the first one I had. I didn’t really know what to expect when I went to Earpercon. And it was like ‘Whoa!’ It was like a tidal wave. But now, I was a little bit more prepared.”

The response of Earpers seeing Willa

Me: “When you first joined the cast of Wynonna Earp, how did the Earpers respond?”

Natalie: “Well, because I was in season one… So, when my character came out on the show, everyone was super excited about it. Willa, you know, it was really exciting, but then they slowly start to hate her.”

Me: “Yeah, when I saw Willa kiss Bobo, I felt a little sick. How did they respond to you after they saw what Willa did?”

Natalie: “There was a lot of… You know, it’s funny because obviously, as Natalie, I’m a really nice person, but as Willa, I’m playing this evil… Well, you know, she has been through a lot and she thinks she’s doing the right thing. But unfortunately, she takes full advantage of her sisters. And Wynonna and Waverly were the, you know, the heart of the show. Yeah, obviously, the fans did not appreciate what I was doing.”

Response to her role in Below Her Mouth

Me: “It was tough to watch. So, you were also in Below Her Mouth.  It’s a super sexy movie. Do you notice that people come up and talk to you about it, or are they a bit hesitant?”

Natalie: “They’re actually more hesitant. I think they’re almost embarrassed because they’ve seen me like that. So, when they see me, they’re like kind of like [averts eyes embarrassed]. Like they don’t want to look but it’s like: I’m clothed; it’s okay.”

Me: I had exactly the same thing. I thought: should I ask? Because if you say: ‘Oh, I have seen your movie a few times,’ that sounds creepy. So, maybe that’s what fans experience as well.”

No rehearsals for Natalie Krill and Erika Linder

Me: “It is true, because I read it somewhere, that you and Erika did not rehearse any of the scenes before you shot it?”

Natalie: “No, we didn’t rehearse anything.”

Natalie: “So, we didn’t rehearse anything, but we spent a lot of time together. The producers and the director were really concerned about the connection being there because that’s what the whole story is about.

That’s why Jasmine awakens and decides to be true to herself and her feelings that are deep-rooted. Because they have such a profound connection that it pulls her into her truth.

So, they were really concerned about us feeling that connection with each other. And luckily enough, I think that’s why they cast us both because in our screen test and our chemistry read, we just connected easily.”

Me: “I can imagine that if you first meet each other and you know that you’re going to play these parts together that… You know, it’s not just best friends going on an adventure. It adds a layer. How do you have that first conversation?”

Natalie: “Well, I think something that helped is we’re both really open-minded. Obviously, when you’re preparing to do a role like that, you’re going to be a little bit scared, a little bit afraid of it. But we were both really open to it. So, there was that willingness to be open with each other and to connect. And then, also, it was kind of like a partnership. Like, we had each other’s back. Because when you’re naked and doing scenes like that, you’re very vulnerable. You don’t have your armor, so you’re totally exposed in every way. But it was comforting to know that we were together, so we had each other.”

Me: “Thank you so much for joining me. I know you have to get going. Thanks so much.”

You can get your copy of Below Her Mouth in various places, such as Microsoft.com and Amazon.

Read about Shorty’s Saturday here and Shorty’s Sunday here. You can find all the posts on Shorty’s here and all my LGBT+ movie reviews here.